HMRC names Peak PAYE Ltd as a tax avoidance promoter and urges individuals to withdraw from using it.

Another tax avoidance scheme has been exposed by HM Revenue and Customs (HMRC) today (8 June 2022), to help ensure customers do not end up with large tax bills.

Individuals using a tax avoidance scheme provided by Peak PAYE Ltd are urged to withdraw from it and to contact HMRC as soon as possible.

This latest publication of a tax avoidance scheme promoter comes after HMRC recently used new powers for the first time as part of its Don’t Get Caught Out campaign.

By paying contractors National Minimum Wage, and then paying the remainder of the contractors’ wage disguised as a financial option or as a salary advance, this promoter promised its users that they can avoid paying National Insurance and Income Tax.

Tax avoidance schemes are advertised as clever ways to pay less tax when in reality, they rarely work as the promoters promise, and it is the users that end up with big tax bills.

Naming tax avoidance promoters is one of the many steps we are taking to disrupt and drive scheme promoters out of business. We want to help ensure customers do not get caught out by tax avoidance.

This is not the only way HMRC is ensuring customers do not get caught out by tax avoidance. HMRC also recently secured wins in 2 separate tribunal cases against the tax avoidance firm AML Tax (UK) Ltd, part of the Knox Group. AML Tax (UK) Ltd was successfully challenged over its refusal to provide details of 3 avoidance schemes, which follows a £150,000 fine for not providing HMRC with required information.

While one tribunal said that evidence provided by director Arthur Lancaster was ‘inconsistent with the documentary evidence’ and ‘disingenuous’, both lower-tier tribunals ruled AML Tax (UK) Ltd should have disclosed the details of 3 tax avoidance schemes they promoted, and they could not appeal these decisions.

HMRC’s Tax Avoidance – Don’t Get Caught Out campaign offers a range of tools to customers to help them steer clear of avoidance schemes, such as the interactive risk checker, payslip guidance, and case studies demonstrating the risks of becoming involved in a tax avoidance scheme and the warning signs customers should look out for. 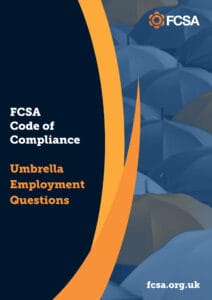